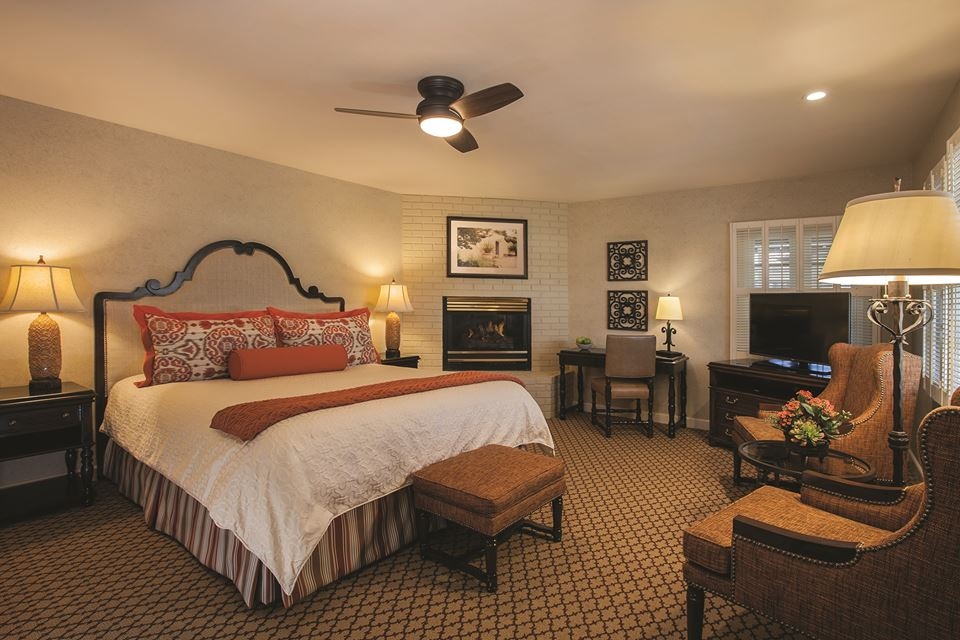 Enjoy the beauty of the California coast with your four-legged best friend! Casa Munras Hotel & Spa welcomes your entire family with our special Monterey Pet Friendly Package that gives you the opportunity to include up to two pets per guest room.

The Monterey Pet Friendly Package includes: a deluxe guest room for two, plus your pet; a pet cleaning fee of $50 per stay; complimentary amenities available for your pet’s use including bowls, dog or cat beds, crates, scratching poles, clean up bags, leads, and leashes; recommendations for local pet camps, pet groomers, pet massages, and pet training; and a donation of 10% of this package's revenue to the Monterey County SPCA. 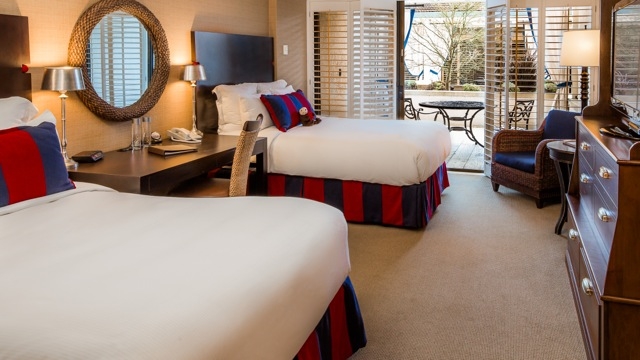 For a limited time, Portola Hotel is offering a Summer Escape Package which includes self-parking, complimentary wi-fi, and a scrumptious breakfast buffet at Jacks Restaurant & Lounge with bottomless mimosas. Start planning your summer travel now and escape to Monterey. 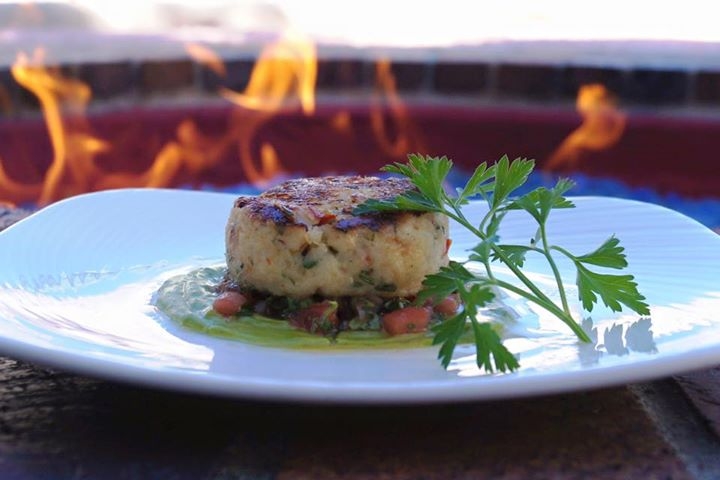 Jacks Restaurant's new Summer Menu is now available! Inspired by the season and bounty of the Monterey Bay, we invite you join us and savor the finest in regional cuisine and sample our award-winning wine list. Pictured here is our Dungeness Crab Cake & Green Onion starter.

Pinkberry is pleased to introduce our newest treat, Pinkbee's Honeycomb Drizzle, a light and creamy low-fat milk ice cream drizzled with honey and topped with real honeycomb. It's great on a hot summer day. Come try it at the Pinkberry in Old Monterey at 316 Alvarado Street. 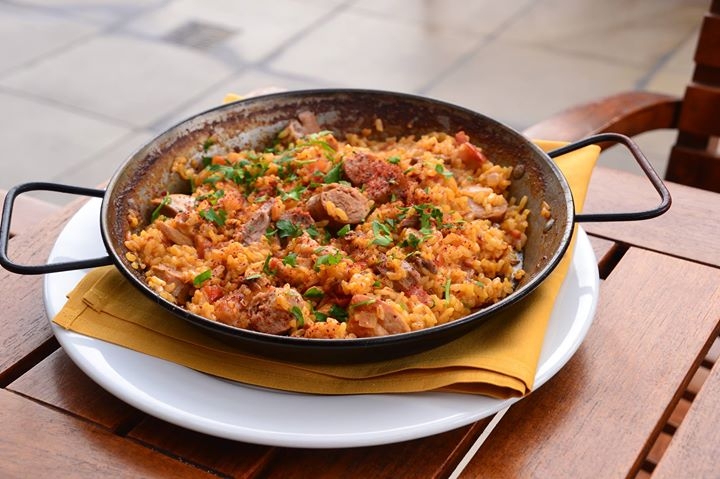 Every Tuesday night, Esteban Restaurant is the place to be for our special three-course paella dinner. Begin your meal with two seasonal tapas dishes to share followed by your choice of one of Chef Tom Snyder’s tantalizing paella entrees and finish with two Spanish-inspired house-made desserts. Fee is $52 per couple.

Spanish paella offerings include Paella Del Mar (a rich assortment of chorizo, prawns, mussels, and clams), Paella De Tierra (with savory sausage, lamb and chicken), and Paella Negra (Monterey Bay Calamari and Serrano ham with squid ink). And Esteban is well stocked with a variety of Spanish and Monterey County wines and signature cocktails including the mojito and house made sangria. Reservations may be made online or by calling the restaurant directly at 831-324-6773. 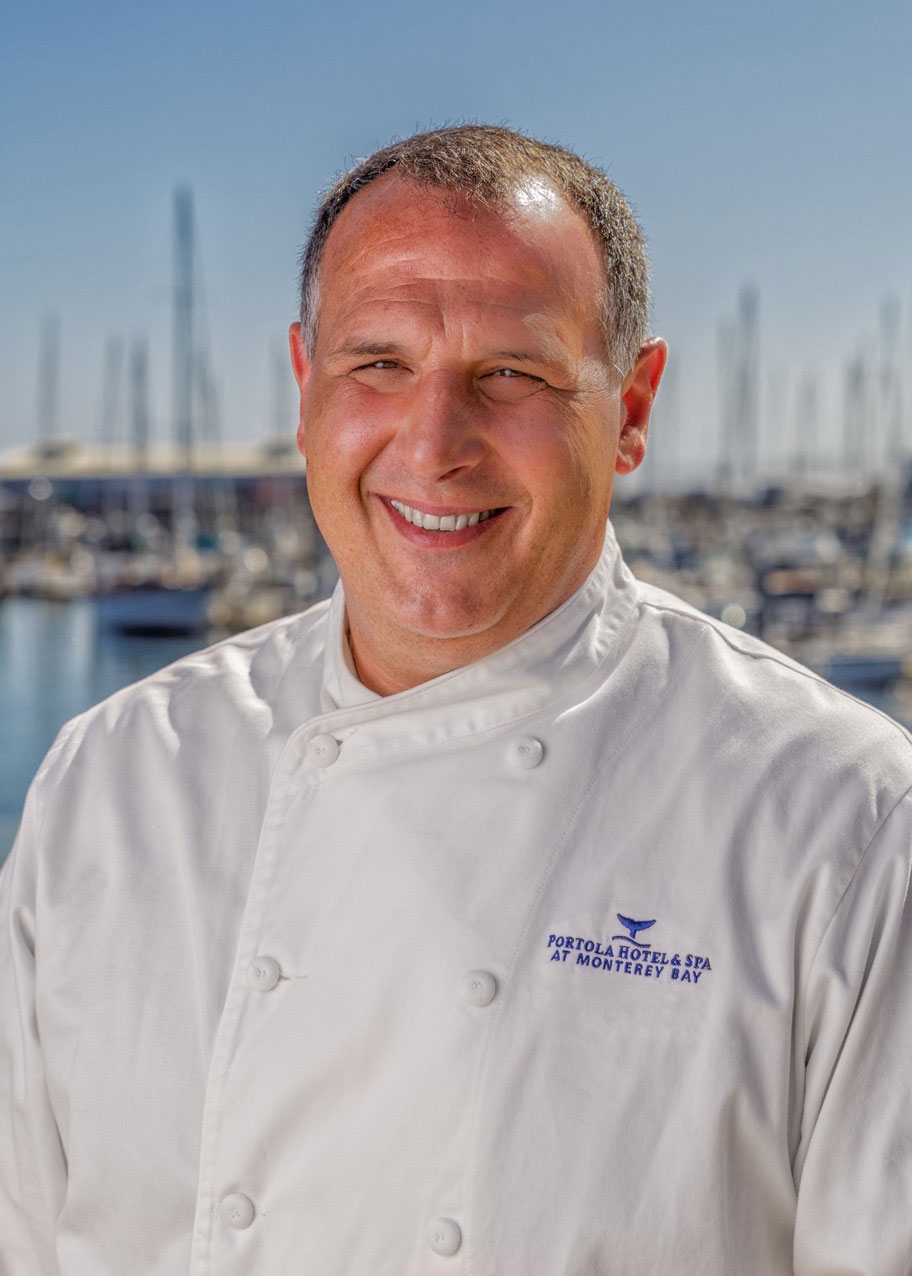 Portola Hotel & Spa is pleased to announce Danny Abbruzzese is our new Executive Chef. Abbruzzese looks forward to bringing his brand of healthy, organic cooking to Portola Hotel & Spa by continuing to use local, sustainable produce, meats, and fish. He also hopes to bring his own approach to the experience of food by appealing to all of the senses and focusing on dishes that highlight regional ingredients.

Abbruzzese’s experience includes serving as the Executive Chef at the Shrine Mountain Inn, Pearl Alley Bistro, and Asilomar Conference. He has overseen dining transformations at his previous places of employment and has been involved in assisting in the openings of projects such as the Bernardus Lodge in Carmel Valley.

“Portola has an excellent reputation and I am humbled to be joining such a wonderful team. We are truly blessed to be living in such a pristine growing region. I would like to continue highlighting the fruits of the bay, fields and orchards of the Central Coast as well as local artisans in our area.” said Abbruzzese. 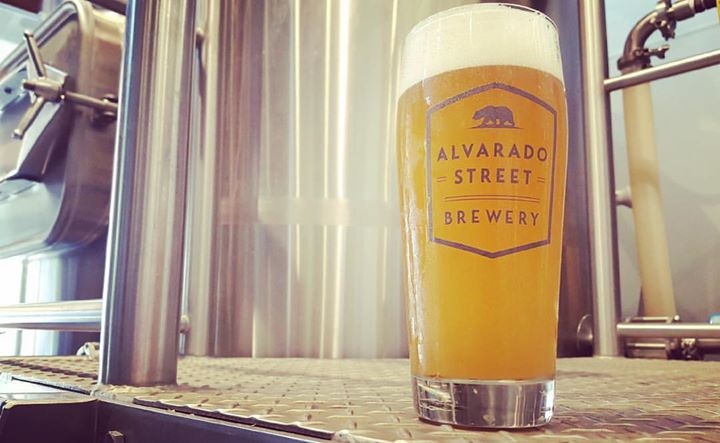 Have you tried Yippie Calle Principal at Alvarado Street Brewery? It's their new IPA brewed with a unique yeast strain formerly classified as Brettanomyces. It produces bright, fruity esters and leaves the beer with a beautiful haze. It's dry hopped with Calypso to augment the tropical notes produced during fermentation. You're wondering about the name? It's a combination of a quote from "Die Hard" and the street behind us. 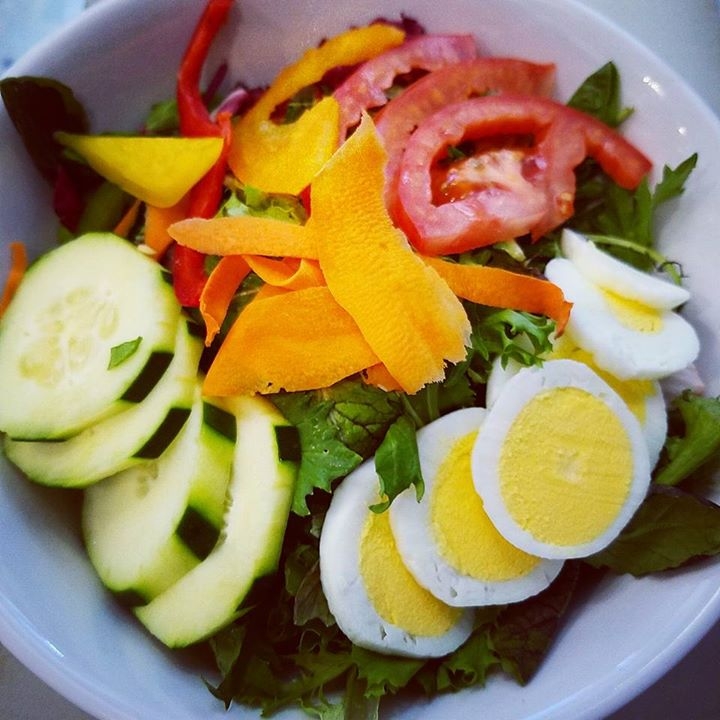 Looking for something simple, healthy, and scrumptious? Paris Bakery invites you to try our house salad! We're open 6am-6pm, Monday through Saturday, and 6:30am-4:30pm on Sunday.

MY Museum Is Now Hiring

MY Museum is now hiring a Visitor Experience Associate! Are you a rock star at customer service and love kids? If so, please read on or share with someone who you think would be perfect!

The Visitor Experience Associate works throughout Monterey County Youth Museum, including all exhibits and party rooms, to ensure that each visitor has a positive museum experience. Major tasks and responsibilities are: to greet and orient visitors upon entry; stay informed on all Museum programs, events and policies; provide up-to-date information on exhibits and programs; receive and account for cash, credit cards received for sales of tickets, memberships, and store merchandise; assist visitors as needed throughout their museum visit; complete daily opening and closing procedures including re-stocking and light cleaning; and assist Directors and Floor Managers as needed.

Qualifications include strong customer service experience, excellent interpersonal and communication skills, and attention to detail and follow-through capabilities. Applicants must be available to work weekdays, weekends, after-hours and holidays as needed. Hours are part time, flexible schedule. MY Museum is looking for people who can commit to at least 6-12 months. Apply via e-mail to [email protected] with a resume and availability. 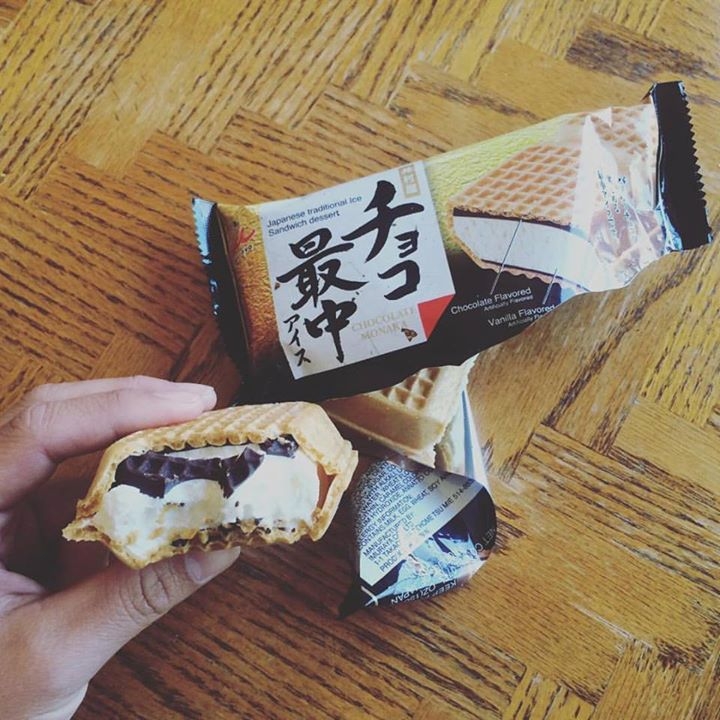 It's summer, and even Monterey can get overly warm some days. Beat the heat with some Japanese ice cream at Ocean Sushi Deli! You can find these tasty treats in the freezer as well as other popular delights. 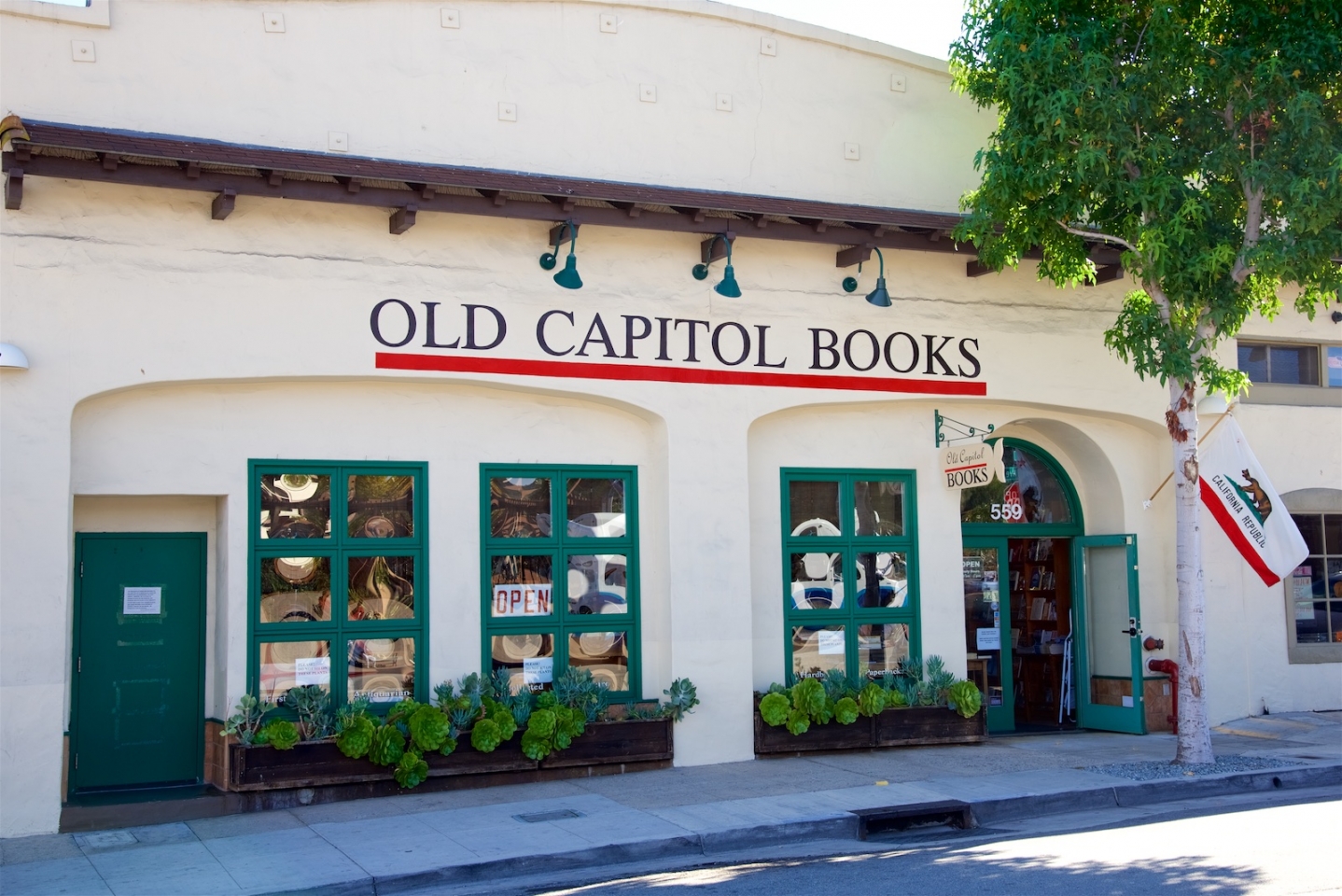 Did you know that Old Capitol Books has probably the largest selection of cookbooks this side of San Francisco? We have over 5,000 cookbooks! They range from sleek and modern to quirky and vintage. We have an extensive collection covering French and Italian cooking, local California cuisine, glossy works by celebrity chefs, vintage recipe collections containing different immigrant food traditions, and much more, and right now, all used cookbooks are 50% off! Come and down and check out our amazing selection - the sale runs now through the end of September 2016. 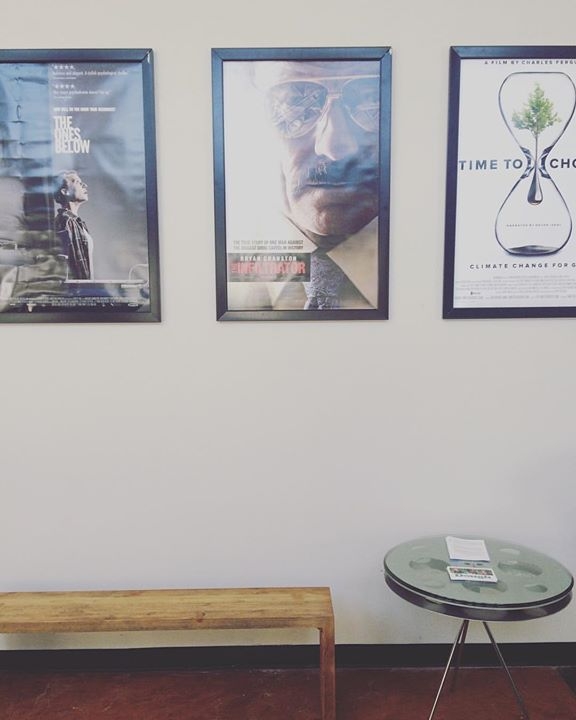 The Osio Theater is now open! Monterey's only independent, locally-owned movie theater, Osio strives to bring the highest quality independent, foreign, and classic films to Monterey. Please check our website for the latest movies and showtimes. Free parking is available in the City of Monterey's West Parking Garage with movie ticket validation. 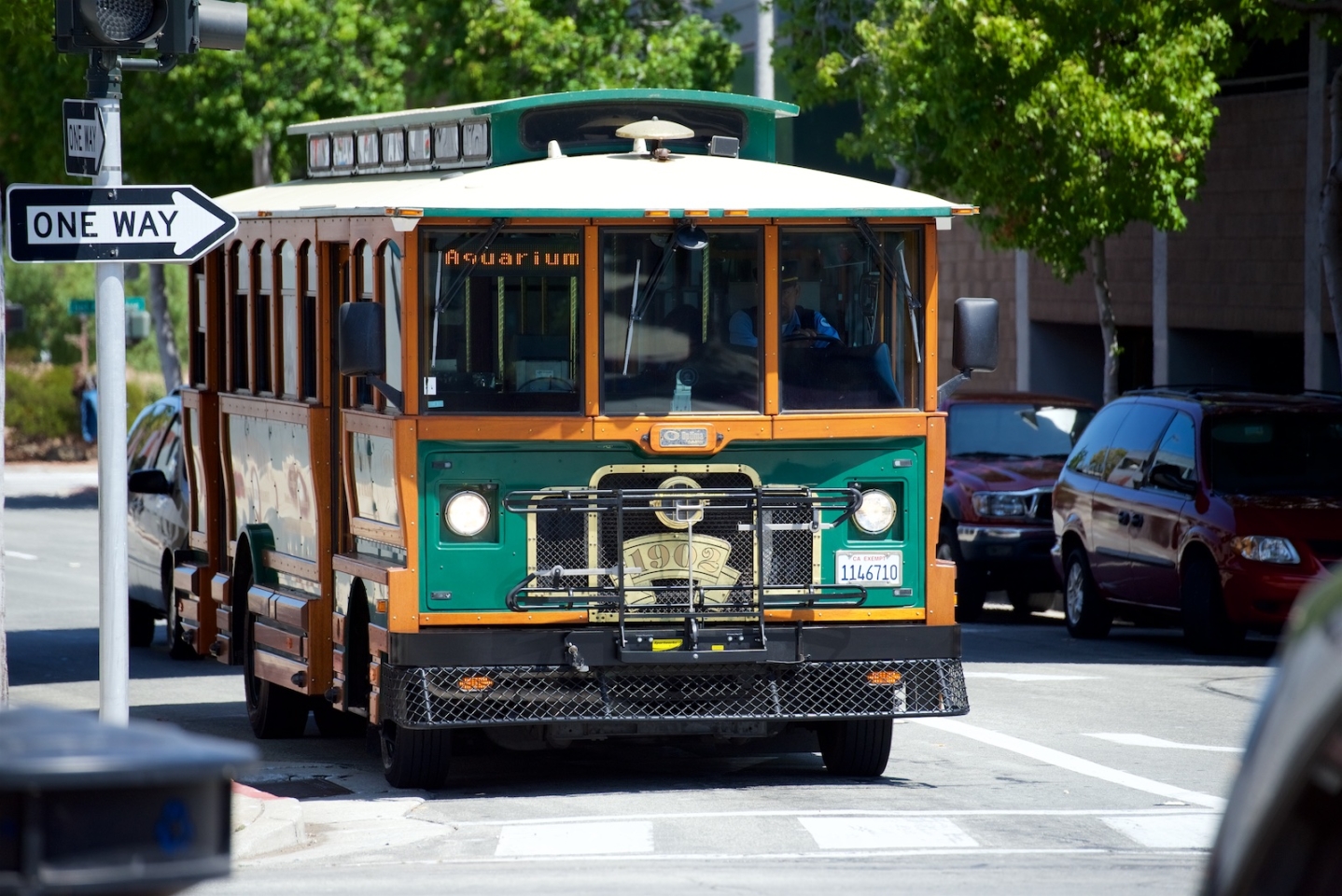 Starting Memorial Day weekend, the Monterey Trolley will run regularly every day through Labor Day 2016! Park once and take a free ride on the trolley to all of your favorite attractions including Old Monterey, Cannery Row, Monterey Bay Aquarium, and Old Fisherman's Wharf. 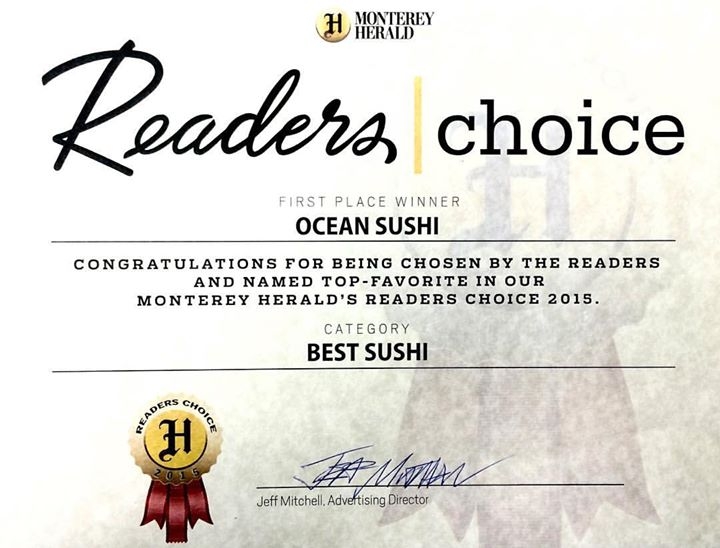 Ocean Sushi Deli would like to thank the people of the Monterey Peninsula for choosing us as your favorite sushi in the 2016 Monterey Herald Reader's Choice "Best of 2015." It's an honor to serve you all and we can't wait to serve you for another 30 years!!!

Mythic Games is now hiring staff for our Old Monterey and Presidio locations. If you're interested, please send your resume to [email protected]. Mythic Games is the premier place to play Magic: the Gathering; Warhammer; Warhammer 40,000; Dungeons and Dragons; and other games in Monterey.

Big Sale at Bride 'N Formal by the Bay 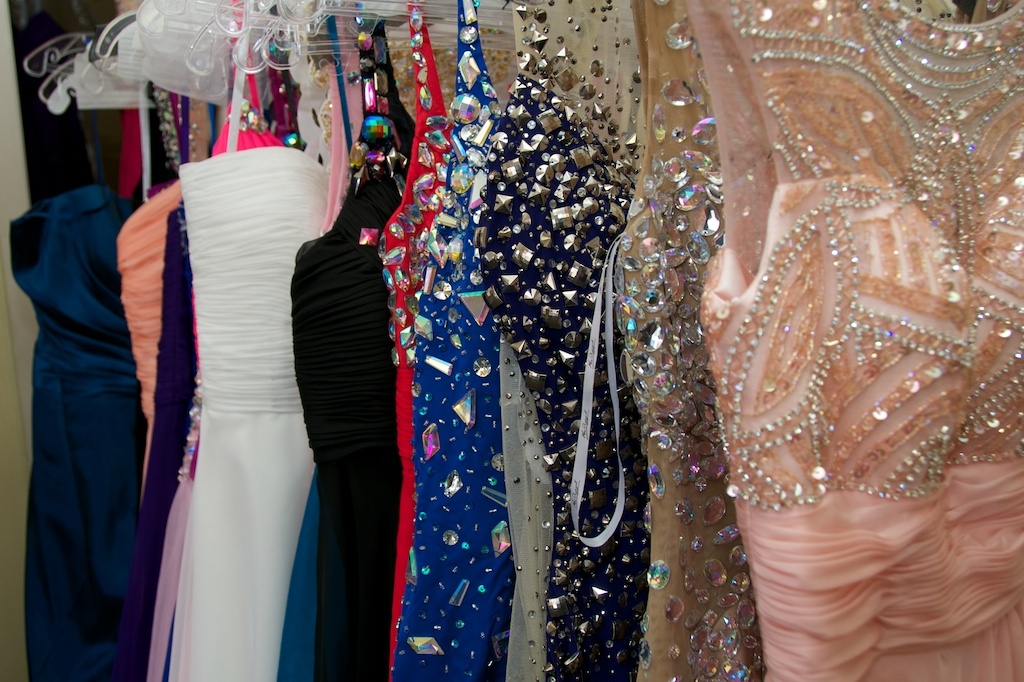 Bride 'N Bride Formal by the Bay is now holding our best sale of the year to make room for new inventory! We’re offering wedding gowns, select formals, and select mother-of-the-bride dresses all at 60% off. These are beautiful quality dresses at excellent prices. Come in, take a look, and speak with our friendly, knowledgeable staff. 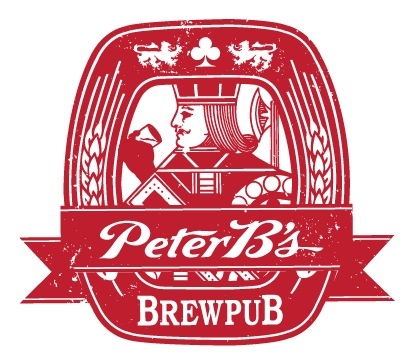 Rivard began his career as an Assistant Brewer for three years at Jolly Pumpkin Artesian Ales and Grizzly Peak Brewing Company. Shortly after, he earned a position at Arbor Brewing Company and accelerated his position to Head Brewer after just 7 months. There he developed the skills necessary to lead a team and was able to increase overall production.

Rivard hopes to expand beyond the brews that have become so popular at Peter B’s and to push the envelope while maintaining the existing flagship styles. “I do enjoy brewing historic styles like mild’s and porters and I am excited to brew funky, off the wall Saisons while bringing unique pale ales and IPA’s from around the world into the lineup, as well as traditional German style beers.” said Rivard.

Peter B’s Brewpub’s new Head Brewer will official join the team in Monterey on June 1, 2016 and the team could not be more enthusiastic about his arrival. 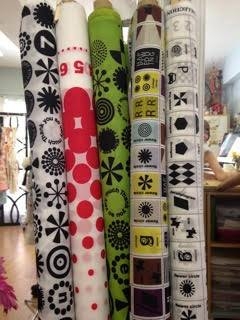 We invite you to stop by and check out our retail shop during open hours: Monday, 1pm-6pm; Tuesday & Wednesday, 9am-6pm; Thursday & Friday, 9am-5pm; and Saturday, 10am-4pm. 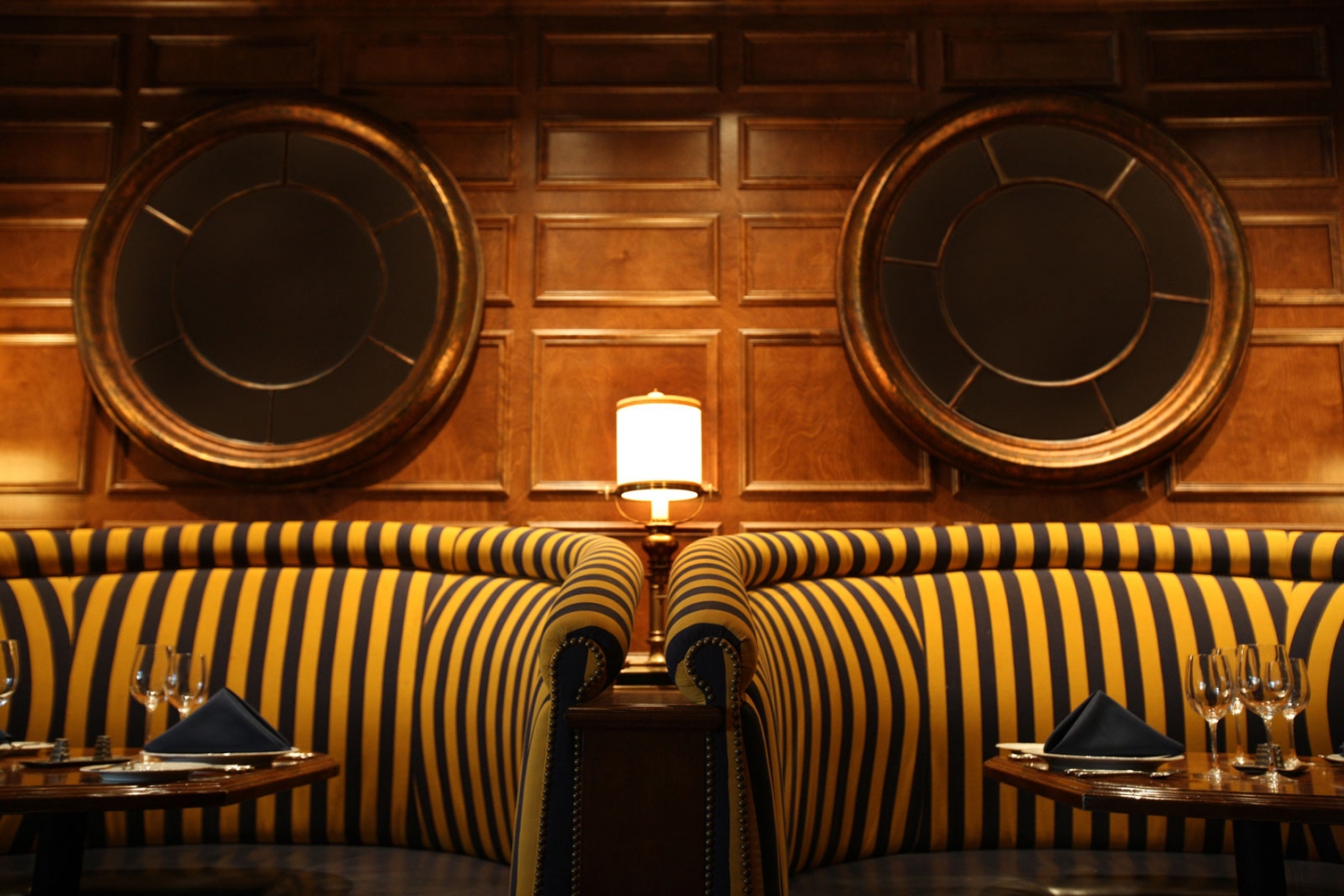 Portola Hotel & Spa invites you to enjoy 16% off your graduation dinner in May or June 2016 when you celebrate at Jacks Restaurant & Lounge! Jacks is the perfect Monterey Bay restaurant to celebrate your achievement with your family and friends. From intimate dining in our wine inspired private dining room to relaxed fireside dining on our heated patio, Jacks is the perfect location for your celebratory dinner. Call us today to start planning your graduation celebration at 831-649-7874.