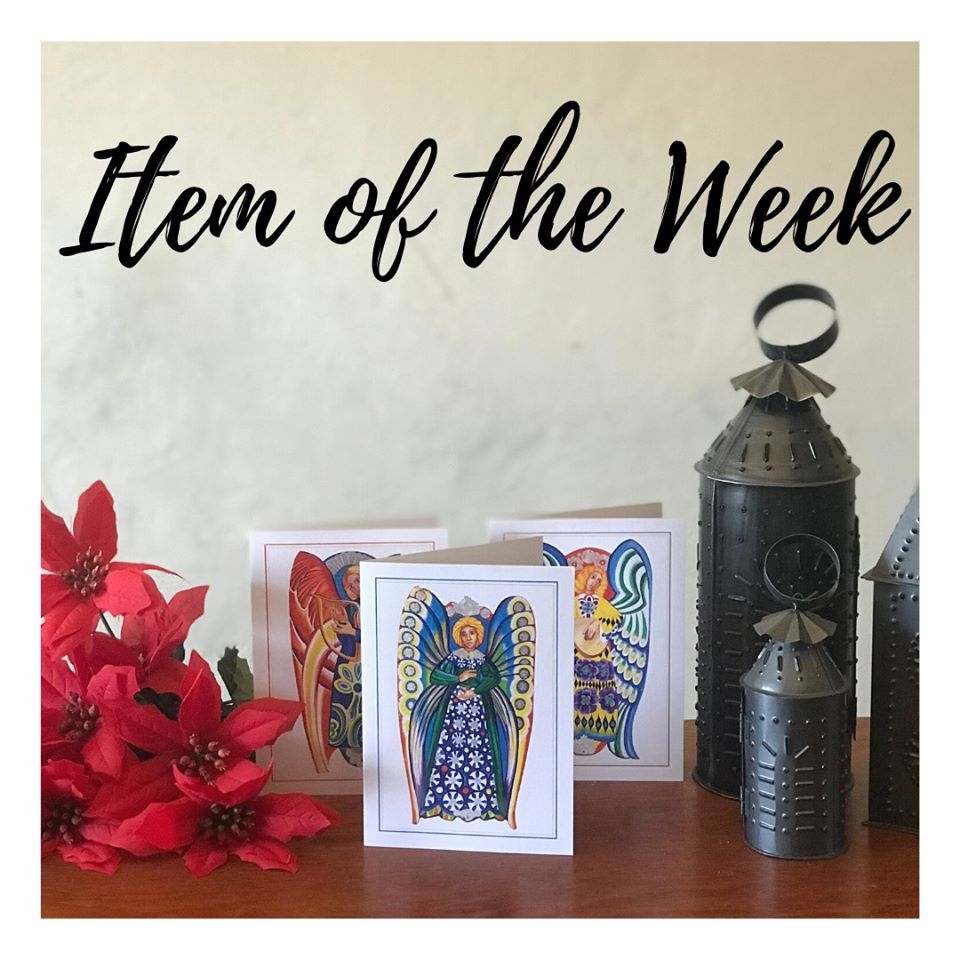 It's officially that time of year! Custom House Store, located at 1 Custom House Plaza, is happy to announce that we now offer holiday cards featuring the City of Monterey Angels, originally created by artist Erica Franke.

The Monterey Angels have adorned the streets of Monterey during the holiday season since their creation in 1956 when the city's volunteer Christmas Decorations Committee commissioned artist Erica Franke to create unique decorations for public display. Eighty-eight angels were produced.

Early California Mission paintings of primitive angels inspired the artist's designs. In 1970, a volunteer committee, Friends of the Angels, was organized to revitalize these delightful artifacts. Many of the original angels were sold at auction to help fund the restoration project and for the creation of forty new angels.

Nearly fifty years later the angels still grace Monterey city streets during the holiday season, and in 1999 a Monterey Angel artist, Erica Barton Haba, was once again commissioned to create ten new angels which were happily added to the collection.

Every year for the annual Christmas in the Adobes event, the Monterey State Historic Park Association selects one angel to represent the event for the year. Come purchase some cards with images of these beautiful, historically significant angels to share with friends and loved ones during the holiday season.