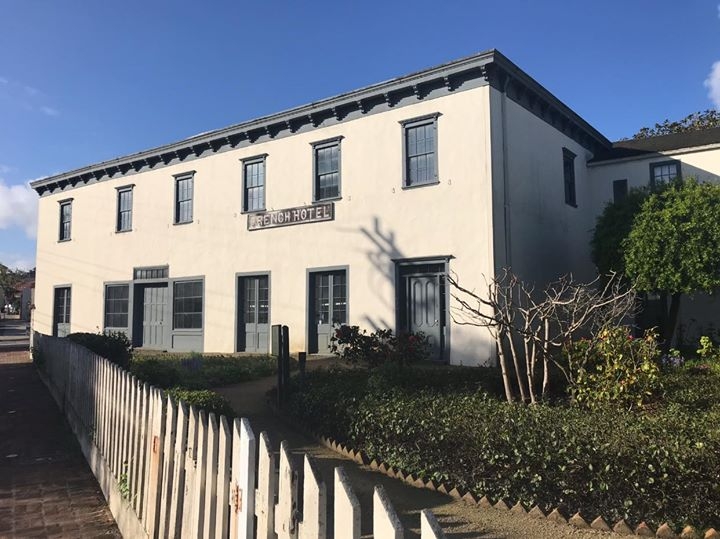 The Robert Louis Stevenson House will be open to visitors on Saturdays, 1pm-4pm, from April 6 through October 2019. Stop by and visit with the knowledgeable volunteer docents, relax in the large walled garden in back, and enjoy our local history! The house is located at 530 Houston Street in Monterey.

This two-story adobe has sheltered families, government officials, artists, writers, and fishermen beginning in the Mexican era. During its time as a rooming house, known as the French Hotel, a young writer, Robert Louis Stevenson, stayed a few months in the autumn of 1879. Poor, in frail health and unknown, Stevenson was cared for by friends while he courted his future wife, Fanny Osbourne. Today, the Stevenson House has been restored with several rooms devoted to "Stevensonia."