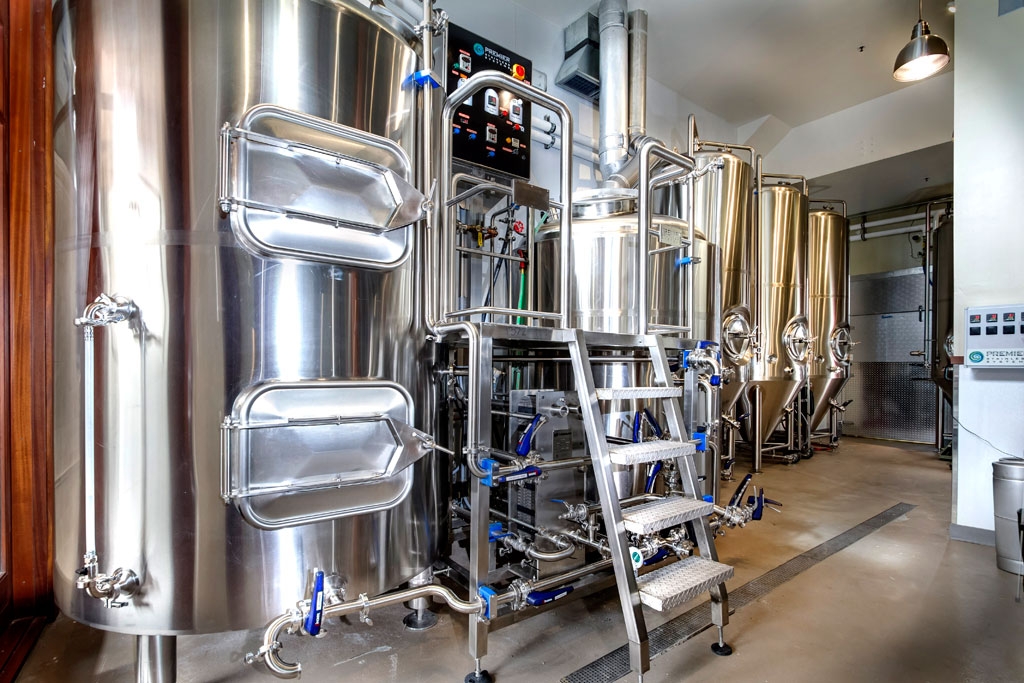 Minesweeper IPA - 7%, ~55 IBU
Available in draft & cans on 12/21
Style: American IPA
Hop hazed and incredibly juicy, this was our first ever brewed IPA and remains our top selling beer and local favorite at our Monterey brewpub. It's brewed with 100% British Maris Otter pale malt as its base, which contributes a creamy texture and a tad more body than your typical dry, West Coast IPA. As with most of our hoppy beers, a majority of the bitterness comes directly from whirlpool additions in the boil, with the intent of maximizing hop aroma and flavor. Minesweeper is dry hopped excessively with Simcoe and Citra hops.

Cherry & Bright - 5%, ~3 IBU
Available in cans on 12/21
Style: Kettle Sour Ale
What may be the first ever kettle soured beer on nitro available in a can, this holiday inspired tart ale is conditioned on Montmorency, Bing, and Royal Anne cherries along with vanilla. Tiny nitrogen bubbles gives this pleasantly acidic beer a silky creaminess that complements the vanilla and fruit. As printed on the can, shake and pour hard for the best cascading effect in the glass.

Vengeful Barbarian - 7.2%, 35 IBU
Available in draft & cans on 12/28
Style: India Pale Ale
Bright, peach heavy tones from an East Coast yeast strain fermentation and a dry hop of Citra and Amarillo. The result is a hop aroma and flavor chock full of ripe, juicy grapefruit and apricot jam. On the back end, we've loaded up the beer with lots of oats, so it has a soft, creamy texture to support mild hop bitterness.

Peninsula Pilsner - 5.2%, 30 IBU
Available in draft & cans on 12/28
Style: German Pilsner
This Pilsner is all about the delicate balance of soft European malt and floral, spicy notes from classic Noble hops used, which include Czech Saaz and German Tettnang. Our house lager strain adds a pleasant minerality and attenuates fully for a crisp, clean, and dry finish. Basically, we brewed this beer selfishly so we could have a hoppy pils to drink. Super refreshing, tons of flavor, sessionable for any occasion.