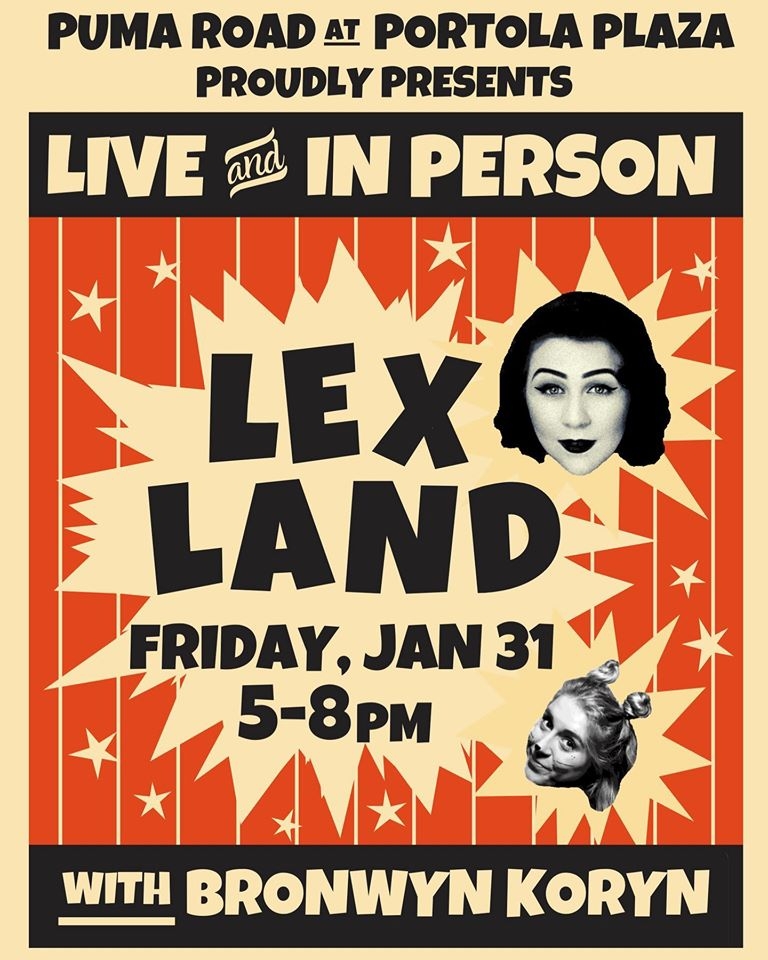 Puma Road at Portola Plaza presents singer-songwriter Lex Land. Opening for her tonight is local favorite Brownyn Koryn. Enjoy wine tasting, wines by the glass, and wines by the bottle while you listen to some great music.

Originally from California, Lex Land now lives in Austin, Texas. She pays reverent tribute to songs of old both through her own renditions of classic songs as well as lovingly crafted original compositions in that style. If you're a fan of Norah Jones, Regina Spektor, Ingrid Michaelson, or Feist, it's likely you'll enjoy her music, which have been featured on television shows such as Castle, Pretty Little Liars, and Bones, and in 2012 she was a Season 2 Contestant on NBC's The Voice.