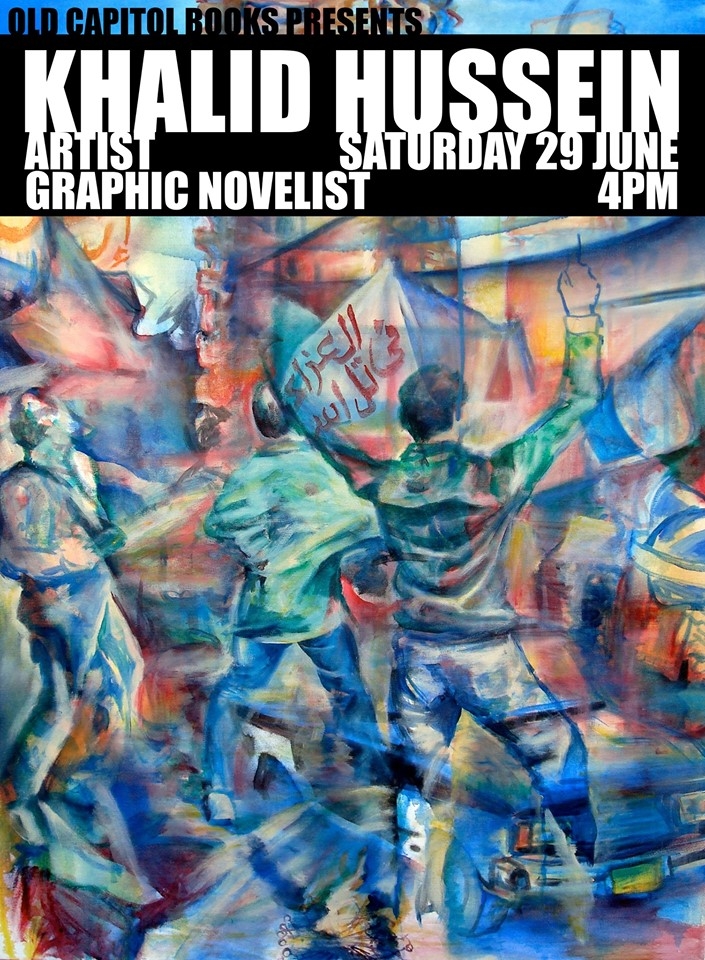 Old Capitol Books is thrilled to have artist and graphic novelist Khalid Hussein come to the bookstore to talk about his art and his experiences in political illustration on Saturday, June 29 at 4pm.

The Case For Revolution is a graphic novel adaptation of Dennis Loo’s Globalization and the Demolition of Society, analyzing the historical and ideological development and underpinnings of modern global capitalism. This volume represents part one of this series, beginning with the philosophical origins of the modern global system, and extending into the politics of the early 21st century. K. A. Hussein intricately illustrates Dennis Loo’s exposition, building a case for radical change in the structure of the world’s economic and political systems.

Khalid Hussein is an Egyptian-American artist and author based in Los Angeles. He holds a BFA in Studio Art and MA in Islamic Studies from UCLA. His work has been featured in a number of publications, and his paintings hang in public and private collections around the world.